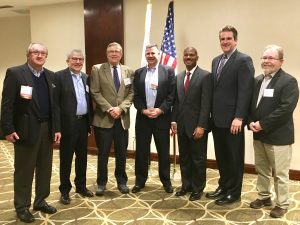 Among the topics covered was the frequency of calls he receives from businesses outside Massachusetts looking to move into Boston and specifically to the “Seaport District” and Cambridge. The Secretary termed these areas as “White Hot”.

Hurtling job numbers in the thousands per phone call and with Amazon lurking in the background; an advertised goal of 20k additional jobs supports nothing but continued job growth for the New England economy.